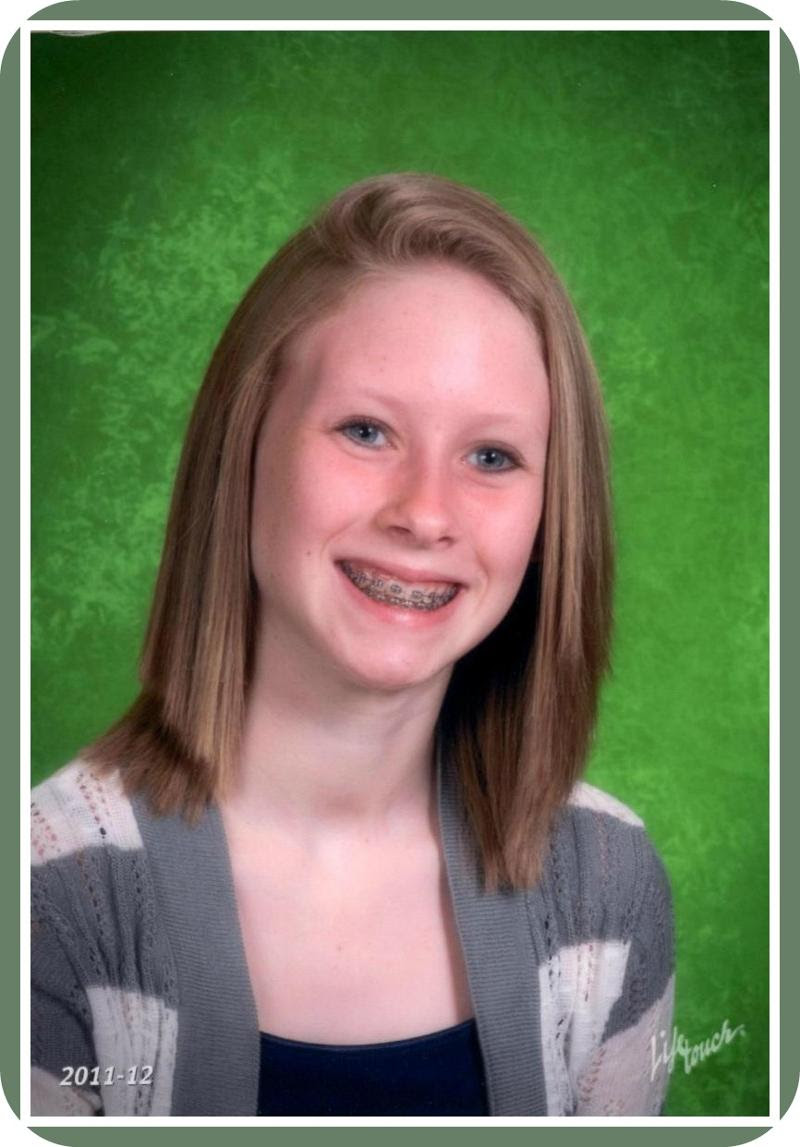 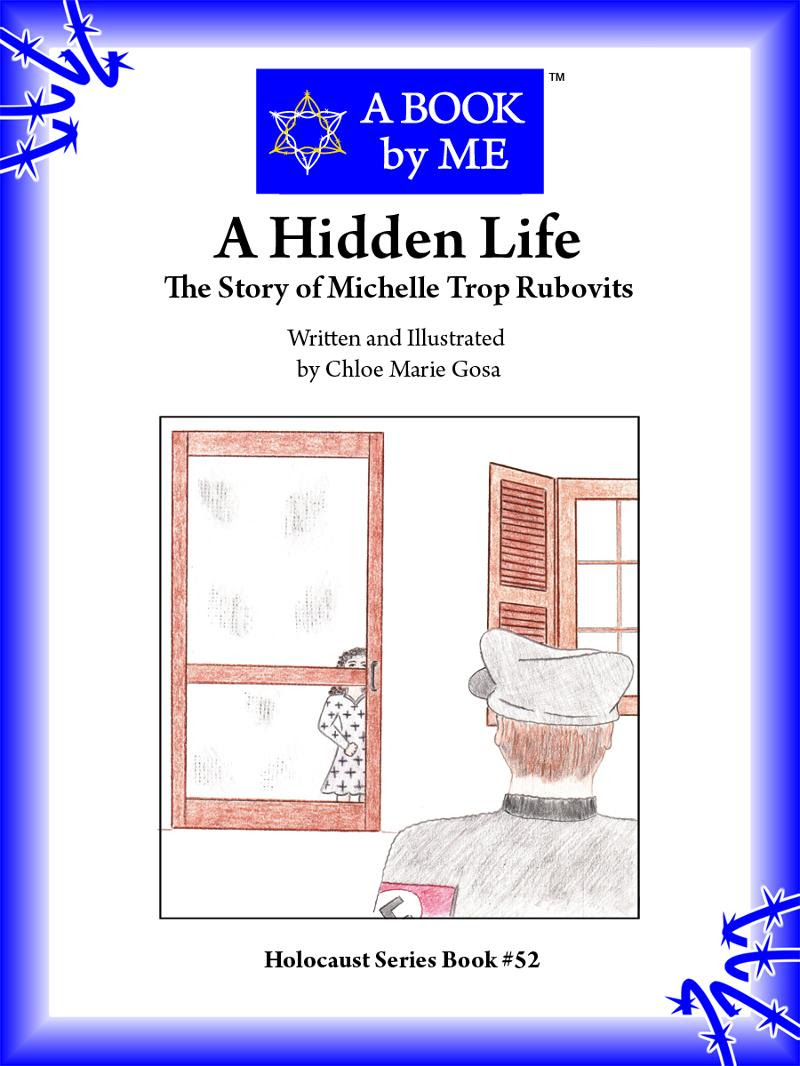 This week we highlight our young author and illustrator Chloe Marie Gosa of Rock Island, Illinois. Chloe's grandmother is Dr. Marrietta Castle, a distinguished member of the Holocaust Education Committee of the Greater Quad Cities. Chloe's grand parents lived next door to the Rubovitz family in Rock Island for many years. She has known Michelle her entire life and it's an honor to tell her story through ABBM.

Michelle and her husband, Rabbi Chuck Rubovitz, live in Joliet where he is Rabbi at Joliet Jewish Congregation. Grants are being written through the Jewish Federation of the Quad Cities this spring to put this book (and many others as well) into schools in Iowa and Illinois. If grants are received, these books will soon be in the hands of teachers and students.

Today we salute both Michelle and Chloe for telling this amazing story. Through her work at the public library, many students in the Quad Cities know Michelle. The Holocaust will become more real to them when they read this book.

We encourage other young authors (especially those personally knowing survivor stories or having stories in their families) to embark on this amazing journey of writing the stories for future generations.

When Michelle Trop was born on June 2, 1938, her family was living in the small village of Orleanais, France located about 30 miles southwest of Lyon. Her parents, Sonia and Jacob Trop, had moved to southern France in 1936. Before that they lived in Grodno, Poland. Jacob's and Sonia's families had lived in Poland for many generations. Jacob's father, his grandfather, and all his uncles had been bakers there. Although Jacob made a living in Orleanais as a plumber, Michelle later recalled how good he was at baking because he grew up around bakers. She especially remembered that he made a wonderful jelly roll treat for Rosh Hashanah each year after the war.

As more and more restrictions were being placed on their lives as Jews living in Poland, the Trops began to think of leaving. Riots in that country reflected a growing anti-Semitism, and when Hitler took over Germany, they heard about the horrible things that were happening to the Jews there. So, when the Trops moved to France, they thought they would be avoiding many of these problems. In the early 1930s, even before the Trops moved to France, two of Sonia's aunts immigrated from Poland to the Untied States with their families in order to escape persecution.

Between 1936 and 1939 life for the Trop family in Orleanais was a happy one. Jacob's business as a plumber was going well, and Sonia enjoyed being a homemaker caring for baby Michelle. Their home was in a two-story, C-shaped building, with Jacob's plumbing shop downstairs and the living quarters upstairs over the shop. Michelle remembers that beautiful flowerboxes were situated in every window across the top floor.

When German troops invaded Poland in the fall of 1939, Britain and France declared war on Germany. Jacob became increasingly concerned that France would fall under Nazi rule, which it eventually did. Of course, being Jewish meant the possibility of being sent to a concentration camp or being killed outright. At that time he decided to go underground and join the French resistance, so he arranged for Sonia and baby Michelle to live with a Catholic family on a remote farm in the French countryside.

Michelle was only one year old when she arrived at the farm with her mother, so she was too young to even remember having lived in Orleanais before the war. She and her mother remained on the farm for the next six years. Her earliest memories are of life on the farm. The farmer's wife treated Sonia and Michelle as part of her family and told Nazi soldiers, when they came to inquire, that both husbands were away fighting in the French army. In order to protect Michelle and her own life, Sonia didn't tell Michelle that she had a father or even that she was Jewish. Sonia knew that if Michelle were questioned by anyone about these matters, she could answer truthfully without any knowledge of either. That's why, when Michelle was question about her father by a Nazi soldier who came to the farm, she answered, "I don't have a father."

Jacob visited Sonia at night several times over those six years, without Michelle ever knowing that he came and went. She happily played around the farm, climbing cherry trees in the orchard and taking care of her baby brother, Charles, who was born on November 10, 1942. Michelle remembered running to hide in the cherry orchard when her baby brother, whom she was supposed to be watching over, fell down an outside stairway. He was not badly injured, but Michelle knew she would be blamed for his fall. After her father returned in 1945, Michelle learned that he had also hid in a cherry tree at one time to avoid being discovered by the Nazi soldiers who visited the farmhouse.

Although Michelle's father rarely mentioned his activities while fighting with the French Underground, he did tell a story about being captured one day along with some of his fellow partisans. They were put into a camp and then were forced to march in a line to what he though was likely a certain death. Realizing what was going on, he began looking for a way out. As the line moved past a small, wooden building, he noticed that a plumber had left his tools and coveralls behind. Carefully sneaking out of the line, he put on the coveralls, picked up the tools and some pipes lying nearby, and walked out of the camp right under the noses of the guards.

In the spring of 1945 when World War II ended in Europe, the Trop family moved back to Orleanais to resume their life together there as a family. At seven years old, Michelle found out that she did indeed have a father. Her first memory of discovering that she was Jewish was when the family celebrated Passover that spring and her father brought out the Matzoh. She knew nothing about Passover, had never seen Matzoh before, and had not tasted chicken soup with matzo balls like Sonia prepared. From that time onward, her family celebrated the Jewish holidays and Michelle began to learn Hebrew.Spring of 1945 was also when Sonia's cousin Mitchell came to visit the family Orleanais. He was the son of one of Sonia's aunts who had immigrated to the United States from Poland in the early 1930s. Michelle remembered being in awe of this handsome American soldier when he visited her home, but she was also confused at first when she heard Sonia call him by name and give him a big hug. His visit was a most happy reunion, but Michelle couldn't understand what was said at that time because her parents spoke Yiddish, a language similar to Germany used mostly by Jews from Eastern Europe. Mitchell had obviously learned Yiddish from his parents. Otherwise, he would not have been able to communicate with Sonia and Jacob at that first meeting. Michelle later learned her parents spoke Polish, Russian, and German, and they read Hebrew.

With the help of Mitchell's family in America as sponsors, the Trop family (with a new daughter Annick, born October 11, 1946) was able to immigrate to the United States in 1950. Today Michelle lives in Joliet, Illinois with her husband of 52 years, Rabbi Chuck Rubovitz. For years they lived in Rock Island, Illinois where Michelle worked for the public library. They raised their two sons, David and Robert there and today have four beautiful grandchildren: Sara Brinna, Jakob, Kyle and Evie.

The Passing of Esther Schiff

What Doesn't Break You, Makes You The True Story of Yvonne Aronson